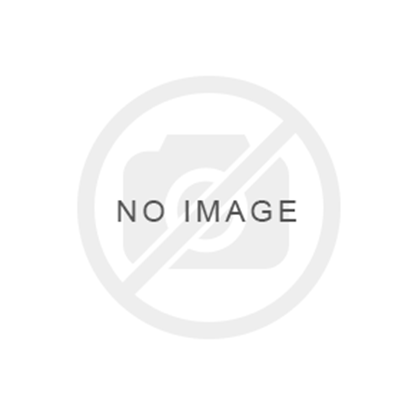 High efficiency milling (HEM) is an increasingly popular machining strategy that involves milling a material with a large axial and light radial depth of cut at a high speed and feed. As machine tool technology and programming software continue to advance, high efficiency milling is becoming increasingly prevalent in environments ranging from job shops to high production manufacturing facilities. HEM boasts advantages in both tool life and cycle time reduction, but it is important to understand how to fully take advantage of this strategy to maximize the performance of your milling process.

Tools designed for high efficiency milling have some common characteristics that allow for them to perform effectively at these high speed parameters. End mills for HEM typically have a long flute length, large core diameter, variable geometry, and multiple flutes. Flute length is typically chosen based on part requirements, while flute count is often overlooked, even though it can be crucial to maximizing cycle times and cost savings.

Although higher flute counts offer impressive feed rates, an increased flute count typically means the tool must be used with a lighter depth of cut. There are situations where this is highly advantageous – low rigidity setups or difficult to machine materials may favour lighter radial stepovers to maximize tool life. However, in relatively free machining materials, cutting forces and wear are typically relatively low to begin with, and a fine stepover may not be necessary. When deciding how many flutes is right for your job, the machinability of the material and rigidity of the setup should be considered. Tools should be chosen based on the material removal rate that they can achieve.

Material removal rate (MRR), often measured in cubic inches per minute, is the volumetric amount of material that a tool is removing at a time. For milling tools, this is a simple way of estimating productivity – a higher MRR typically means a reduced cycle time. When choosing tools for high efficiency milling, a larger radial stepover can often result in a higher MRR, even if the table feed is reduced. As mentioned earlier, material and setup limitations must be considered, but the ultimate goal should be to maximize MRR, rather than trying to achieve higher feed rates. It is also important to consider that in an HEM toolpath, a larger stepover will result in less air cut and rapid time, as there will be fewer number of total stepovers required. With a thorough understanding of the limitations of your setup and the material, finding the correct balance between flute count, stepover and feedrate will ultimately lead to cost savings and better performance in milling applications.

Read More >
Come See Us at Our Upcoming Trade Shows! 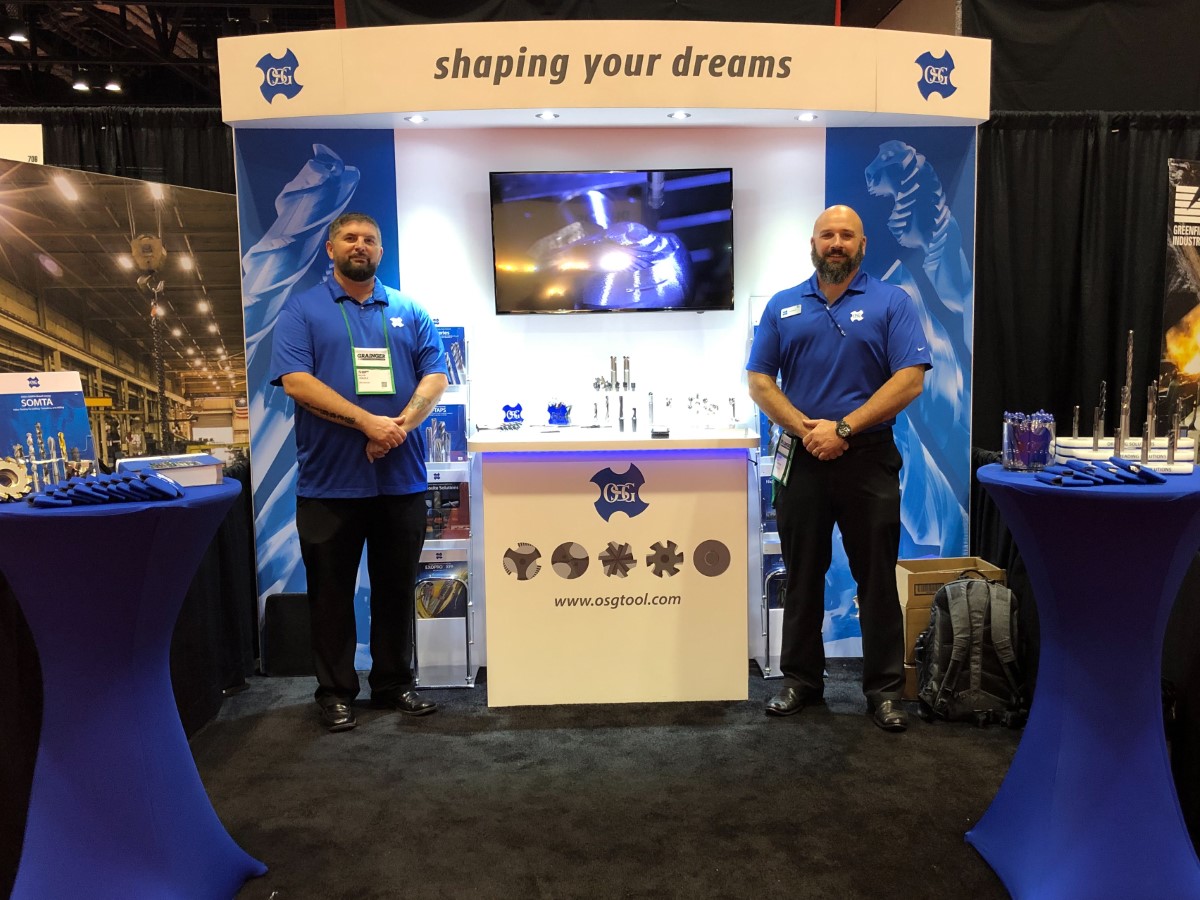 Where: Oregon Convention Center, Portland, OR

OSG USA, Inc. is pleased to announce the addition of SOMTA brand cutting tools to the OSG product line up.

SOMTA specializes in the design and manufacture of standard and custom tools for the industrial and “do it yourself” markets. Drills, cutters, reamers, threading tools and tool bits, made in a wide range of sizes, using various materials (HSS and Solid Carbide) with surface coatings to extend wear life.

We are pleased to announce the following release of NEW product and product expansions to the OSG line-up.

A Brand® AT-1 Thread Mill Series

I received an email from a reader letting me know that he disagreed with my recent article on tapping versus thread milling. In it, I stated, “There’s little chance of successfully thread milling metals much above 45 HRC. And if you’re going to try to tap them, be prepared to duck the flying shrapnel when the tap explodes!”

We all make mistakes. So when Tom Fares, president of TNT Custom Equipment in Stow, Ohio, called me out on that section of the article, saying that he routinely taps holes in 45 HRC steel alloy and thread mills into “the low 60s,” I listened to what he had to say.

Fares uses an OSG EXOPRO S-XPF oil tap to form M30 × 3.5 threads in a proprietary alloy similar to 1050 steel but heat-treated to 45 HRC. He said he tried “every M30 forming tap I could find,” but this was the only one his Hurco VMX-84 50-taper belt-driven vertical machining center could actually turn without stalling the spindle.

He has nothing but good to say about the OSG oil tap, citing another example of a long-running job where he taps M30 holes in A514 grade 50 plate (a high-strength structural steel). At 250 rpm, the OSG averages up to 9,000 holes through 1.575" thick material compared with 1,750 holes per tap with “the other brand.” That spindle speed is faster than Fares likes, and he thinks tool life would be even better by slowing things down, but he needs to run at that rpm to keep the spindle from stalling.

He also breaks the rules somewhat by using a water soluble, semisynthetic cutting fluid with a chlorinated lube additive. (Speaking for myself, I’d use a sulfur-based oil or squirt a little tapping wax into the hole.) “I know they say water soluble coolant isn’t recommended for form tapping, but it works for me,” said Fares.

On the thread-milling side, he cuts 62 HRC flame-hardened 1045 and 52100 steels for prototypes and fixturing, although this is admittedly “one-off stuff, but it can be done.”

Don’t get me wrong. I’ve tapped thousands of holes over the years. Cut taps, roll taps, spiral, plug and bottoming taps—I’ve used them all in everything from nickel-based superalloys to Teflon. And while thread milling wasn’t possible when I started in the trades, I did my fair share of that as well in later years.

In my defense, Fares is using a coolant-through-the-tool tap. This is one of those “newer” cutting tool technologies that makes a huge difference in many applications but especially when you’re pushing the limits as TNT Custom Equipment does. The tap is also advertised to reduce torque by up to 50 percent compared with competing brands, which is surely another factor in Fares’ success.

Anyway, my bad. My wife is enthusiastic about pointing out my mistakes, but I don’t often hear it from my readers. So thank you for your email, Tom, and for sharing the details with me. That’s the wonderful thing about manufacturing: There are always new things to learn.

You can view the original article by clicking here

OSG USA, INC. Awarded One of the Best Places to Work in Illinois for the Second Year in a Row! 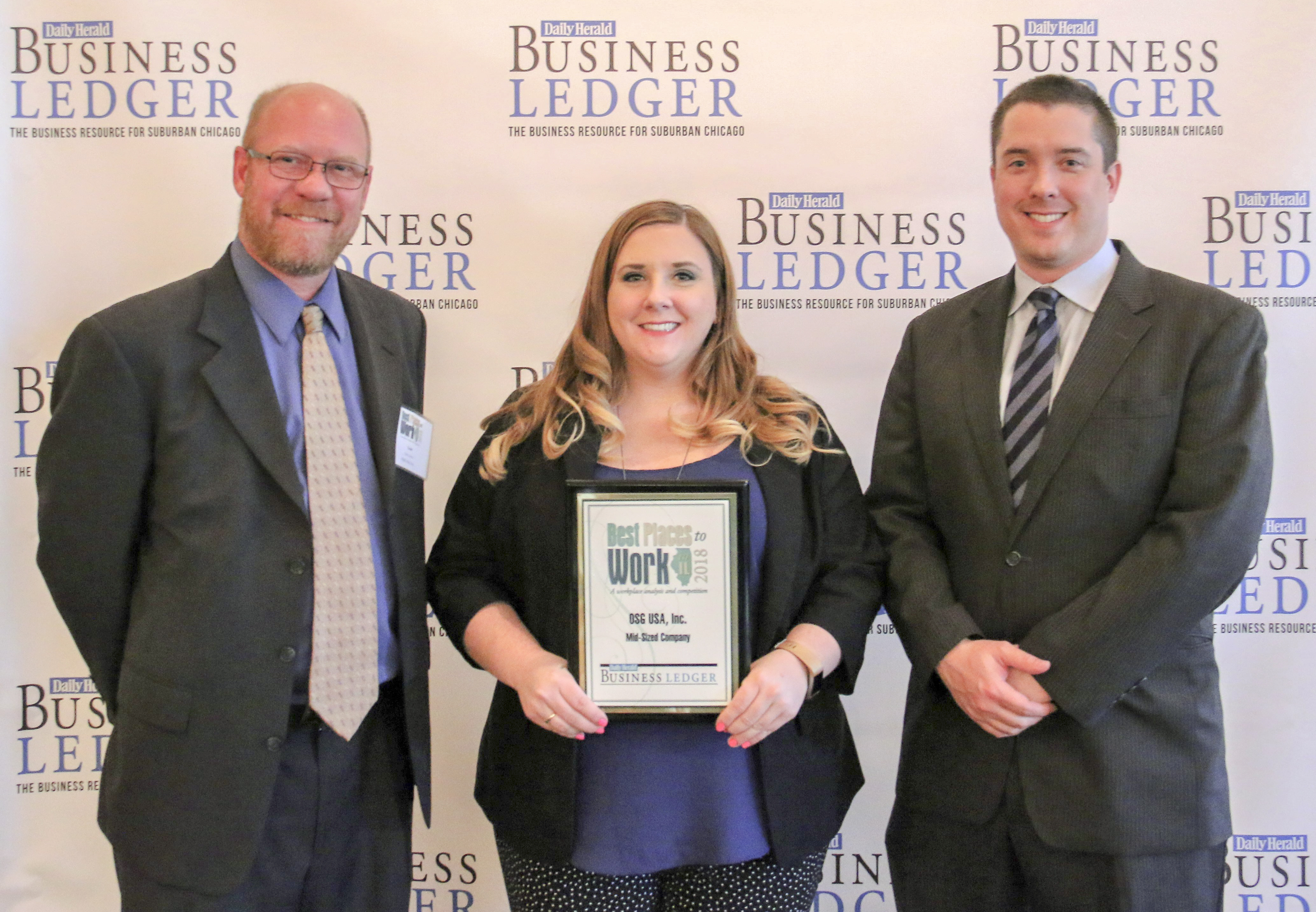 OSG USA, INC. was recently named as one of the 2018 Best Places to Work in Illinois. The awards program began in 2006 and is promoted by The Daily Herald Business Ledger in partnership with the Human Resources Management Association of Chicago (HRMAC), the Illinois Chamber of Commerce, MRA-The Management Association, the Small Business Advocacy Council and Best Companies Group.

To be considered for participation, companies had to fulfill the following eligibility requirements:

OSG USA, INC. was recognized and honored at the Best Places to Work in Illinois awards ceremony coordinated by The Daily Herald Business Ledger on May 17, 2018 and will be profiled in a special publication on June 18, 2018. The final rankings were announced at the event and will be announced on the Business Ledger website (www.dhbusinessledger.com).

For more information on the Best Places to Work in Illinois program, visit www.BestPlacestoWorkinIL.com.

OSG Announces the "Shaping Your Dreams" Scholarship Program for 2018! 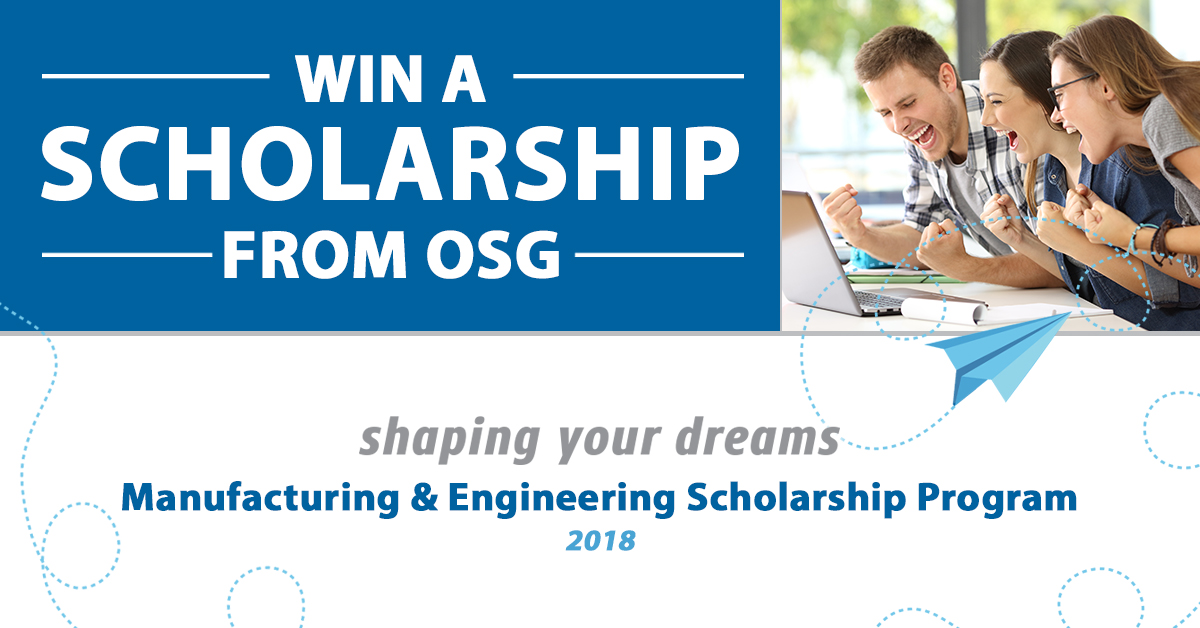 OSG is proud to announce its "Shaping Your Dreams" Manufacturing and Engineering Scholarship program for 2018 to assist local students in fulfilling their educational goal in the field of Manufacturing, Machining or Mechanical/Aerospace Engineering.

For Details & How to Apply:

Scholarship recipient will be announced July 11, 2018

The following NEW list numbers are associated with the

The series offers the following features and benefits:

Congratulations to our Shaping Your Dreams Scholarship Winners!
(Pictured from Left: Kelly Turk, OSG Regional Human Resource Manager; Todd Surritte, OSG Vice President; Maram Safi;
Casey McCormick; Paul Wilhelm, OSG Human Resource Generalist; Chuck Abate, OSG Plant Manager; Pete Gennuso,
OSG Sales Engineering Manager.)
On February 7th, 2018, OSG USA, INC. recognized the recipients of its inaugural "Shaping Your Dreams" Scholarship
program, which was created to assist students in fulfilling their educational goals in the field of machining, manufacturing
and Engineering.
Maram Safi of Elk Grove High School and Casey McCormick of Fenwick High School each received the $1,000 scholarship
toward their education in their chosen fields.  Maram would like to major in Mechanical or Electrical Engineering
and Casey is targeting Mechanical Engineering.
The students were presented with their awards at OSG's Manufacturing Facility, located in Bensenville, IL. Representatives
from OSG were on hand to present these two very deserving winners with their scholarship certificates.
Congratulations Maram and Casey!  We are eager to see where your education and careers take you!
The "Shaping Your Dreams" scholarship program for 2018 will be announced this April and recipients will be chosen
prior to the Fall semester 2018.
Read More >

We are pleased to announce the following expansion to our EXOTAP® VCX, EXOTAP® A-Tap®, and PHOENIX® product offerings!

NEW EDPs Have been added to the following List #'s:

Please enable Geolocation to see the product prices and stocks.
Here is the guide on how to.